An argument for why ‘God’ and ‘Energy’ are the same thing led me to develop a theory for ‘The Interconnectedness of Everything’!

“We are all connected; to each other, biologically. To the earth, chemically. To the rest of the universe atomically. We are not figuratively, but literally stardust.” ~ Neil DeGrasse Tyson 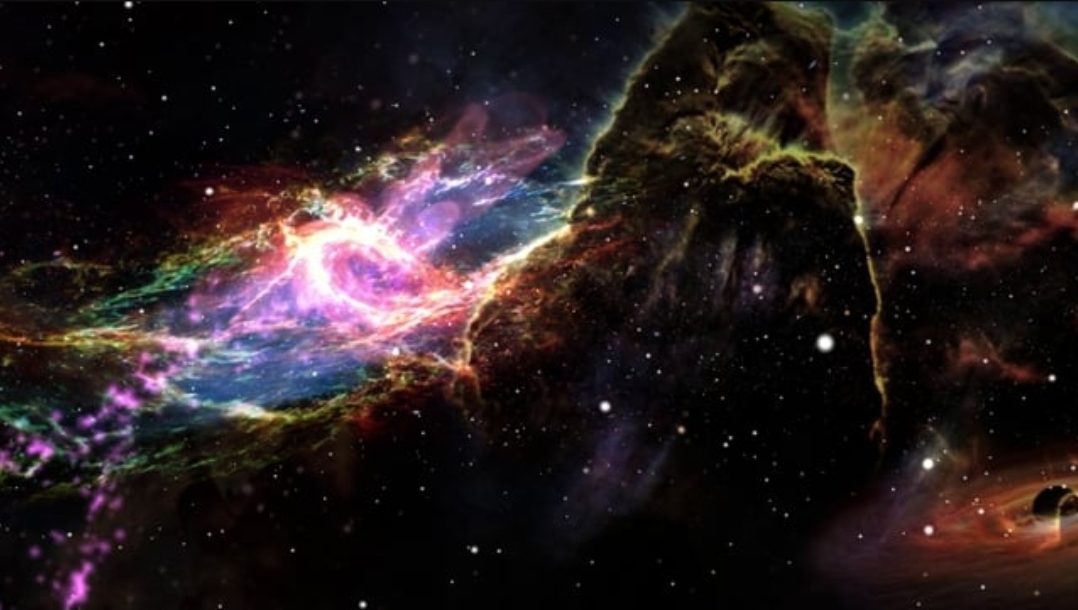 We don’t know what we don’t (can’t) know. But what we do know is that Energy exists and there is only one Energy.

I am 100% Agnostic and have been since a very young age, although I had never come across the term ‘Agnostic’ or the belief of Agnosticism as a viable alternative to Christianity, in particular, Catholicism as a child and young adult!

For those who aren’t familiar with Agnosticism, it is pretty much the belief that you don’t know and can’t prove the existence of God. I’ve wondered that if there actually IS a God then she/he/it couldn’t impose too much vengeance on you for being Agnostic!

THE FIRST LAW OF THERMODYNAMICS

The First Law of Thermodynamics states that Energy can not be created nor destroyed, it just is.

If Energy simply is then it must, at least, be omnipresent (one of the requirements of being ‘God’, right?). Energy is all around us, we just can’t see it!

We know that Energy is, well, Energy and it gives us… POWER, so it must be potent. If it’s potent and everywhere at the same time then it must be… omnipotent (all-powerful)! Another ‘God’ trait.

That leaves omniscience, is Energy all-knowing? I posit that if everything is made up of Energy/vibrating atoms at the molecular level then Energy must be everything that has ever been and ever will be and if Energy is everything (and everything is Energy) then it must, on some level, have a memory/frequency of past events. Not too dissimilar to how our bodies retain memories of traumas that our minds have chosen not to remember (dissociation).

That segues nicely into my next theory, that we are all connected to this universal Energy. Us humans are physical beings but we are also energetic beings (I would argue that we are energy beings first and foremost).

Our brains fire synapses all over our brain and synapses are electrical.

Our hearts are also energetic (think ECG machines that we use to revive people after they have heart attacks).

Our brains and hearts are, by far, our most important organs and they are both electrical.

THE INTERCONNECTEDNESS OF EVERYTHING

So, if we are Energy beings and Energy cannot be created nor destroyed and just is, then us humans (and all sentient/non-sentient beings in the universe) are all connected.

We are walking antennae for the universal Energy that permeates through the cosmos and WE ARE ALL CONNECTED.

This is my theory of The ‘Interconnectedness of Everything’.
There is a quote from the scriptures that says: ‘The Kingdom of Heaven is within.’ Not a truer word can you find in that book!

I believe the upper echelons of religions have known this all along, they are just keeping it as secret knowledge for themselves, perhaps even killing to keep this knowledge from the masses (no pun intended🤣)!

When our physical body runs out of Energy or lacks the necessary functional biology to harness the Universal Energy then we are said to ‘die’. A better term is ‘pass away’ but, in my opinion, and even better term is gone on our ‘Cosmic Vacation’!

I believe that this is when we reconnect with the Universal Energy in its purest form!

Please leave your thoughts in the form of a comment below, each one is read and responded to by myself and they are highly valued!